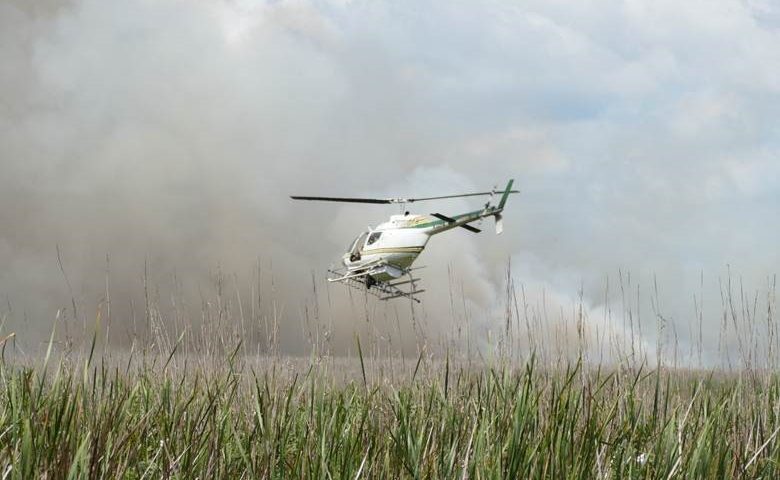 A helicopter was used to ignite fires to burn out a wildfire in Brevard County.

District staff ignited a fire on Tuesday morning to burn out the wildfire on the 5,000-acre River Lakes Conservation Area property. Brevard County Fire Rescue and Florida Forestry Service provided assistance. The Florida Highway Patrol shut down a six-mile stretch of Interstate 95 at times when smoke from the fire created poor visibility and hazardous driving conditions.

The district strategically burned the property to its boundaries and extinguish the blaze only after lightning ignited the original wildfire Monday afternoon. Purposely burning the remaining acres of the property caused the wildfire to burn out more quickly. This fire marks the first time in more than 20 years that a wildfire on this property has shut down I-95, thanks to frequent controlled burns the district began conducting every three years beginning in 1996. Dry conditions earlier this year prevented the district from conducting a prescribed fire at River Lakes.

This is the final update on these fires.