Hurricane Irma spreads 2.2 trillion gallons of water across the district 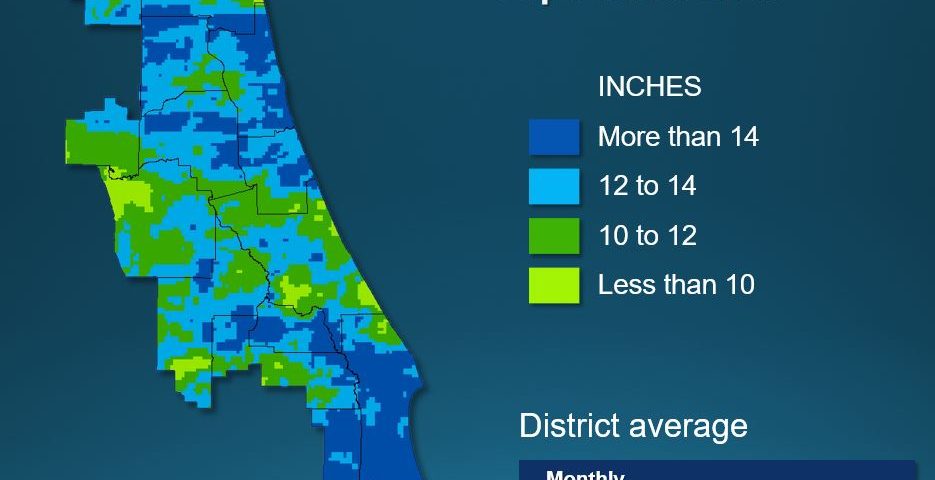 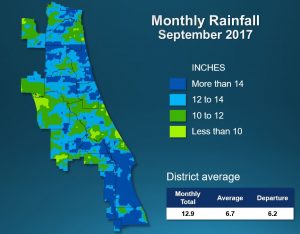 “Storms like Hurricane Irma bring a lot of rain in a short amount of time and it’s critical the components of the district’s flood control system be balanced to mitigate flooding where possible,” said St. Johns River Water Management District Executive Director Dr. Ann Shortelle. “Our staff did an outstanding job of responding to cities and counties requests for needs during storm recovery.”

Hurricane Irma was significant not only because it brought excessive rainfall and spanned the entire district, but also because it followed a period of heavy rain. Districtwide, the average rainfall resulting from Hurricane Irma was 10.24 inches. A nor’easter, which arrived in late September, added to the already flooded areas. All counties received above-average rainfall for the month.

More information about the district’s hydrological conditions can be found online at www.sjrwmd.com.