Annual report shows 11% decrease in water use over last decade 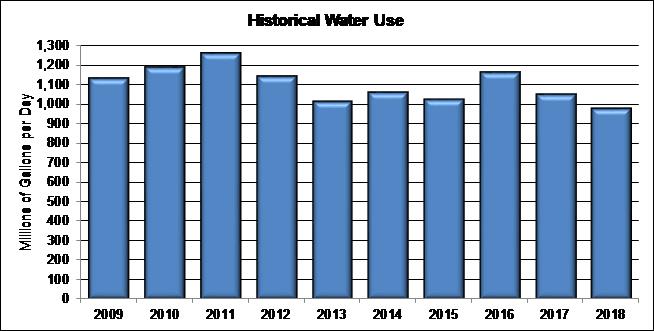 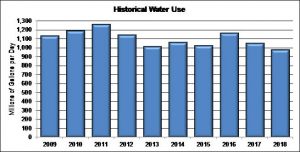 PALATKA, Fla., June 11, 2019 — Annual water use reporting conducted by the St. Johns River Water Management District shows that 2018 total water use was 7 percent lower than 2017 and 11 percent below the 10-year average, even though total population continued to increase. The district’s 2018 Survey of Annual Water Use was presented at the district’s June Governing Board meeting.

Within the St. Johns District, the largest water use is public supply, which represents 58 percent of the total water use, followed by agricultural irrigation at 19 percent and commercial/industrial/institutional and mining/dewatering uses at 9 percent of water use.

Highlights of the report include:

The district has published annual water use data since 1978.  Annual water use surveys assess total water use, with data arranged by source, category of use, and county. Water use amounts are based on the best available data at the time of publication. The published report can be found on the district’s website at www.sjrwmd.com/documents/water-supply/#water-use-data.