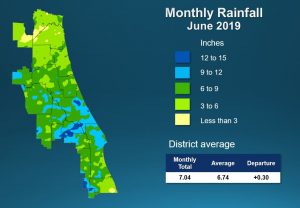 Districtwide, the 12-month rainfall total is now 4.2 inches below the long-term average, with a similar spatial pattern as that seen in the monthly rainfall.