Above-average July rainfall in most areas, but drier along the coast 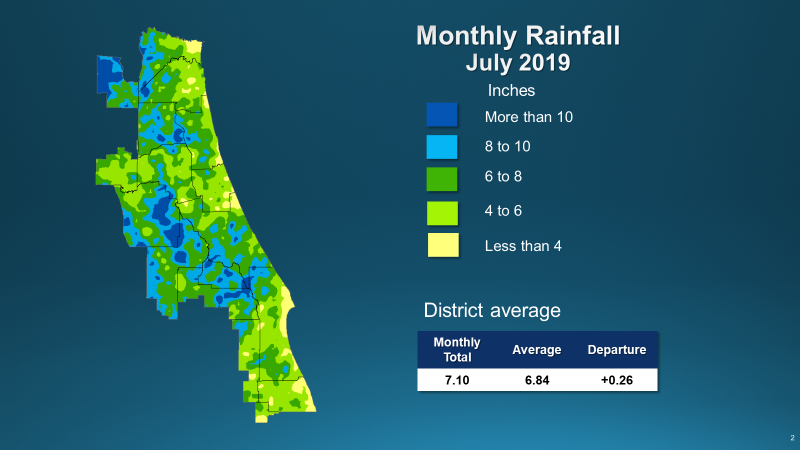 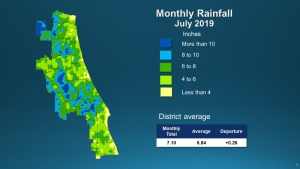 PALATKA, Fla., Aug. 13, 2019 — Data collected by the St. Johns River Water Management District shows July 2019 rainfall was above average in most areas of north and central Florida, but some coastal areas, particularly in the southern portion of the district, were drier.

A full report outlining hydrological conditions was presented at the district’s August Governing Board meeting.

Indian River and Brevard counties recorded 5–6 inches of rainfall during July. For the 12-month average, Indian River County has a cumulative total of less than 35 inches, while Brevard and Osceola counties have under 42 inches. While conditions are drier than normal, the good news is that the southern end of the district has available water storage if the hurricane season becomes active.