His yard is a drought-tolerant oasis

James Jackson has turned his yard into a drought-tolerant oasis that attracts wildlife.

James Jackson’s home is a miniature wildlife sanctuary, his quarter-acre lot flourishing with 34 species of native Florida plants. But it wasn’t always so.

“When we first moved to DeLand 22 years ago, our yard had no native plants besides oak trees,” says Jackson. “The yard was a collection of azaleas, liriope, split leaf philodendrons and English ivy. We have gradually transformed it into what it is today.”

Once he got serious about adding native plants, his yard came alive with birds and butterflies. More than 20 species of butterflies and more than 40 bird species have visited his yard, but Jackson is keenly focused on reducing his impact as a homeowner on Florida’s water resources.

“Freshwater is a finite resource,” says Jackson, a veterinarian. “There is only so much of it.”

Jackson’s answer to the problem was to introduce drought-tolerant and native species into his landscape. He also turns off his irrigation system when it’s raining.

“The other major thing I do to save water is gradually decrease turf grass and replace it with native or drought-tolerant plants,” he adds. “Once established, they require no supplemental watering as they are adapted to Florida’s climate. Many of them support pollinators and birds.”

Jackson says he finds peace in nature and bringing nature closer to him was the inspiration.

“If more people would garden for wildlife, we could create a huge conservation park made up of people’s yards,” he says. “I don’t have children, but I still care about being a good steward of the planet. It’s not a political issue; it’s just the right thing to do.” 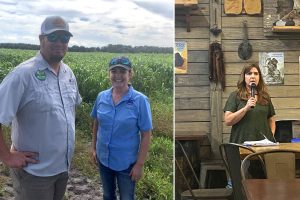 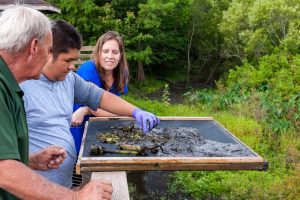 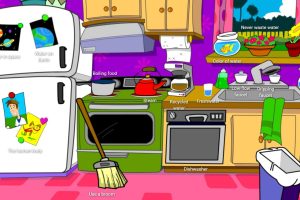