With a growing population comes a growing thirst for water — a thirst that is being addressed by the state and Florida’s water management districts. The state recently launched the One Water Florida campaign to provide facts about this alternative water source and highlight its benefits.

Florida is now the third most populous state with almost 22 million residents. Floridians use nearly 6.4 billion gallons of water each day. With an estimated 1,000 people moving to the state daily, residents are projected to use an additional 1 billion gallons per day by 2040.

In our District, total public supply water use (which represented 53% of total water use in 2020) increased by 4% since 2001 to 550 million gallons per day (mgd), while total population served by public supply increased 40% to 4.78 million. Expanding the use of recycled water is one way we can help ensure there is plenty of water to meet the demand.

Recycled water is an alternative water source that is already safely used around the world and the United States, such as in Australia, California, Texas, Colorado and Georgia. Florida is the national leader in water reuse, using 49% of total domestic wastewater. In our 18-county District, as of 2020, about 55% of all wastewater flows are being reused for beneficial purposes — to replace the use of traditional freshwater supplies for outdoor irrigation and commercial and industrial processes.

Reusing water makes sense. Expanding the use of recycled water relieves pressure on Florida’s water resources and ecosystems. The more water we recycle, the more water that remains in our rivers and springs for the plants and wildlife that rely on them.

Now it’s time for the next step. Florida currently has 13 potable reuse water projects, with three located in our District, supported with nearly $2.5 million in total District cost-share funding:

Safety is paramount. Treatment for this type of recycled water is proven safe for public health and the environment. Recycled water goes through multiple advanced pretreatment processes, receives additional filtration to remove microorganisms (including viruses, bacterial and other pollutants), and undergoes further advanced disinfection treatments (such as ultraviolet light, ozone and peroxide) to ensure high-quality drinking water.

The Florida Legislature passed the Clean Waterways Act in 2020, giving the Florida Department of Environmental Protection (DEP) the authority to create and update regulations for recycled water. DEP is initiating the public process to update its regulations based on the Florida Potable Reuse Commission’s recommendations.

You can learn more about this alternative water supply and this process in a new video, on our website and on DEP’s new One Water Florida website. 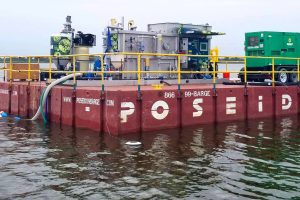 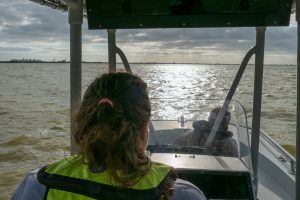