Every so often we ask District staff: Where is your favorite place on District lands? Senior Professional Engineer Hector Herrera from the District’s Bureau of District Projects and Construction, gives us his answer.

Hector Herrera is a picture of serenity as he gazes upon the vast sawgrass marsh spread out before him. The view here at Three Forks Marsh Conservation Area is remarkable: a seemingly impenetrable and infinite sea of slender stalks gilded by the morning sun; overhead, a spotless blue sky stretching toward every horizon.

“This is one of the most expansive sawgrass marshes that we retained when we restored the Upper St. Johns River Basin,” says Herrera, who spent most of 30-year career at the St. Johns River Water Management District overseeing dozens of restoration and flood control projects within the river’s headwaters. “We increased the acreage in this area (known as the C-1 retention area) to preserve as much sawgrass as possible and in doing so, provided additional stormwater storage for the C-1 Rediversion Project.”

As an engineer, it’s natural for Herrera to speak of the Upper St. Johns River Basin Project in mathematical terms. His career has been a study of water flow and volumes, of spillway structures and retention areas. There’s a certain geometry to the seemingly natural 2,000-square-mile upper basin that he intimately understands.

At Three Forks, however, it’s all about visual splendor and a sense of solitude that’s becoming harder to find, he says.

Peaceful views such as this await visitors to the District’s Three Forks Marsh Conservation Area.

“This is natural historic Florida which is why it is one of my favorite spots,” he says, standing at his favorite location, the elevated swatch of land known as Thomas O. Lawton Recreation Area, located just west of the city limits of Palm Bay. “I just love the expanse of it. Even on the hottest day, there always seems to be a breeze here.”

A picnic area offers a spot where visitors can enjoy the vista and some shade.

On this day, the recreation area is nearly silent. A few trucks and boat trailers are scattered about the parking lot. The whine of an airboat fades into the distance. A pair of egrets, their white plumage brilliant against the sky, fly toward the distant line of cabbage palms to the west. Beyond that tree line, Herrera says, is the St. Johns River.

“This view is simply inspiring,” he says. “I can imagine sitting in a chair and staring out at the scenery until I feel like I’m part of it. It’s impossible to experience this place and not feel pride in knowing what the agency has created and preserved for everyone to enjoy today and in the future.”

Everything you need to know about Three Forks is available by visiting this link. 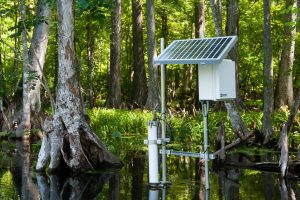 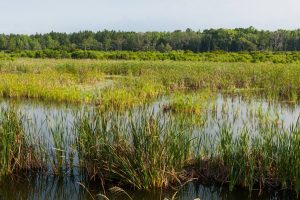 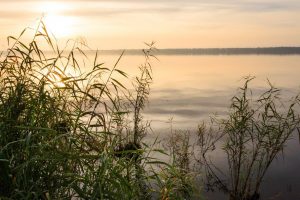 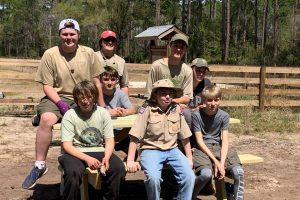